Fantastic Birthday: at fifteen nothing is impossible!

Presented in international competition at the Strange Festival last September, Girl Asleep became Fantastic Birthday for her release in the French cinemas. The film is one of those few chosen to benefit from a theatrical release (or a direct-to-video release like Détour or the excellent Sam Was Here – renamed Nemesis for the occasion) Aided by UFO Distribution. First feature film by Rosemary Myers, Fantastic Birthday is in fact the adaptation of the play she has herself staged: from the boards to the screen, the director surrounded herself with regular members of her troupe and New faces … A huge family celebration, both in fiction and in reality! Fantastic Birthday plays with the world of tales and fantasy to lead her young lead character, Greta (Bethany Whitmore), just fifteen years old, to know who she really is. Can we still take a new look at adolescence, the subject of the cinema? Yes.

Greta Driscoll, an introverted girl, is about to reach the age of 15. The only shadow on the board: she does not want to leave the cozy and reassuring world of childhood, a bubble in which she locks herself up with her only friend in the school, Elliott. When her parents announce the organization of a big party for her birthday, she is panic-stricken. In the great evening, she will switch to a parallel universe a little scary and completely absurd in which she will have to face her fears to be able to find and approach otherwise this new era.

Do we need to remember how traumatic a move is for young children? You only have to remember the vice-versa scenario to find out. Moving is leaving behind the world we know, its comfort zone. Greta understood that. When she arrives in her new school, the girl finds herself considerably alone, motionless on a bench, staring into space – or turning towards the spectator, seeming to say, “Pity, get me out of there.” Behind her, life swarms. An incredibly millimeter basketball game, the mascot of the school making his round … And next door, Elliott, who makes an attempt to approach. The first scene of Fantastic Birthday is a perfect condensed of all its spirit, as much scenario as aesthetic: the 4: 3 format encloses a little more Greta in the middle of the unknown, while the shimmering colors of the costumes and appearance Voluntarily vintage image remind the Moonrise Kingdom of Wes Anderson …

Fantastic Birthday perfectly demonstrates what it means to be a teenager. The relationship between Greta and Elliott stems from this perpetual fear (or envy, or both) of seeing a beautiful friendship transform into a loving relationship. At fifteen, bodies change and characters assert themselves. There are those who fall into the ranks and are among the popular pupils, and those few who are sometimes seen mistreated. “Well, if we annoyed the little news,” said the most intolerable triplets that had been seen in a moment. Coordinated, sly, unforgiving, these are similar to a cerbera … and this choice is far from trivial!

What good does it want to obey the conventions if it is not to be who one really is? Greta feels even foreign to her family: her very extravagant parents seem straight out of a Gym Tonic commercial, while her older sister lives her youthful love (with French Kiss and Tutti Quanti). Its only reference, it is always this camera look, as in the first scene. It is the will to break the fourth wall to penetrate into another world: the dark forest beyond his house … ultimately to leave the childhood in which she delights. There is no shortage of references: Alice in the Land of Wonders, Queen of Snows … The tales of your childhood give rise to this imaginary fantasy, and especially didactic.

This is where Fantastic Birthday finds all the interest of its title. An initiatory journey in the heart of these woods where strange creatures, witches and apparitions mingle that Greta will have to face to learn more about herself and

Conclusion: Rosemary Myers skillfully avoids the pitfalls of the filmed theater and makes Fantastic Birthday an unidentified film object. From Wes Anderson to Michel Gondry, pictorial references mingle with the movement of the fairy tale to deliver a coming of age movie of the most beautiful effect. 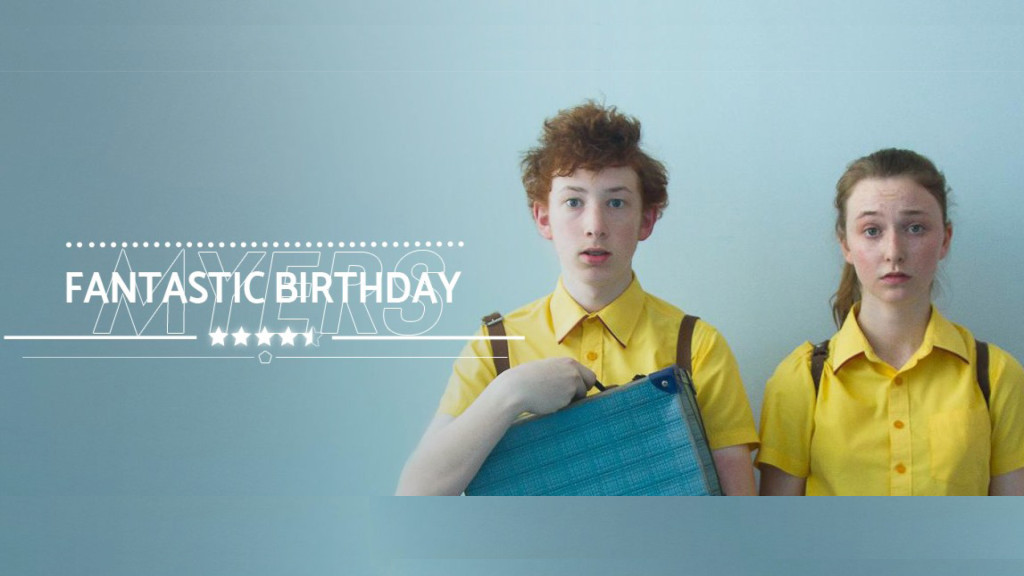